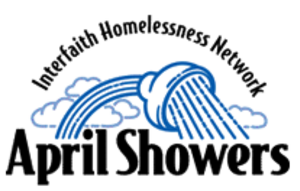 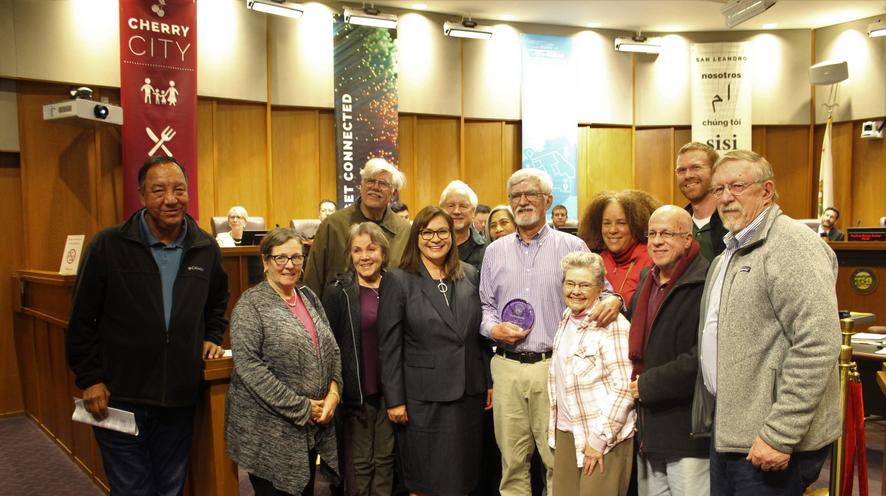 Chair of the IHN Steering Committee, Tom Breckenridge, receives the 2019 Leadership Award for San Leandro’s Fifth District from District Representative and Vice Mayor Corina Lopez. Ms Lopez cited Tom’s being one of the founding members of IHN and his continual service with the program ever since. She also noted Tom’s work at All Saints Episcopal Church. Tom founded its Social Ministries Team upon arriving in San Leandro in 1999. As Team Leader, he has established programs for meals for Building Futures with Women and Children, bag lunches for April Showers, meals for the SL Warming Center, and most notably, a food pantry which has served thousands since 2008.

Tom expressed his appreciation for the support from the city for both April Showers and the All Saints Food Pantry. He stated the award was in fact a celebration of the hundreds of volunteers who make the programs go - who see neighbors in need and take action to help out.